If someone had told me that I would take helicopter right from the Las Vegas strip across to the Grand Canyon, I’d have said (in true Scottish style), ‘aye right pal’. So that fact that I’m now reflecting on this experience is a bit surreal. I feel super lucky to have had this chance and would 100% recommend it if you get the opportunity to do it.

So let’s get the nitty gritty out of the way first – costs! I’m not going to lie, it is a bit pricey but think about it, will you get this once in a lifetime chance again? No, so just do it. It was oh so worth it, not only for the views and pictures but the memories which will last a lifetime.

The whole experience was around $500 USD per person and that includes a stretch limousine pick-up and drop-off to and from your hotel, the helicopter ride itself with views of the major landmarks from Las Vegas across to the Grand Canyon, including Lake Mead, Hoover Dam and the Mojave Desert. You can choose from a few different packages but we opted for a champagne picnic (well it would be rude not to when there is designated driver ;)).

We flew with Sundance Helicopters and our pilot was called David, who was so friendly and told us a lot of cool facts and information during the helicopter ride. My partner Ali was totally in awe of the Garmin tech in the front (typical man haha!) and he was more than happy to chat about that too.

Before we could go near the helicopter, we had to cover some quick health and safety which was pretty easy to follow – keep your hands in at all times and don’t touch anything. You also get a small life vest (heaven forbid should you need to use it), which is worn around your waist during the trip. So far, so good!

We passed Lake Mead and the Hoover Dam  – an arch gravity concrete dam which was once known as Boulder City – located at the border of Nevada and Arizona, meaning we crossed the border into Arizona to see the Grand Canyon itself. How cool is that?!

I wouldn’t do the history and facts justice by writing them all down here but there are plenty of websites to help answer any questions about Hoover Dam, Lake Mead and Colarado River etc.

The flight itself was… interesting. I’ve never been in or flown in a helicopter before so the whole experience was new to me. We were in the helicopter with six other people and half the group got to sit in the front meaning we got to see all the amazing panoramic views. We swapped on the way back allowing the others this same experience.

The ride took around 45 minutes each way and the views were amazing. It is pretty surreal to see the vast amount of desert that surrounds the hustle and bustle of the Las Vegas strip.

Landing into the Grand Canyon itself was a relief as I was starting to get a little motion sickness, but once our feet were on the ground it was great. I think in total we spent around 30-40 minutes on the ground including time to eat our picnic. I’ll tell you something, seeing the Grand Canyon in real life gives you a new appreciation for Mother Nature.

This was our cute little picnic, complete with a sandwich, pasta salad, biscuits, cookie and some other nibbles. Plus the obligatory glass of fizz. This was a great time to get to know the others in the group…if you want to!

I have quite a sensitive stomach and found that eating this much food in a short space of time after a chopper ride was a challenge but I did bring the cookie back and enjoyed it later :).

After the picnic, it was then back to the Vegas Strip… The views really were great and our pilot David also played some music too which not only helps take your mind off the motion sickness (me), it switches your mind off and you’re just in that moment, present, to enjoy our beautiful world for all its’ glory.

I think I’ve covered everything but do let me know if you have any questions 🙂 All in all, it really was amazing and I’d totally recommend it.

Hope you enjoyed reading all about it! 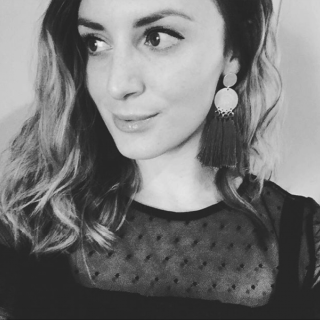